Marvin Clark is a big music fan. Even though his favorite genre of all time is jazz, he also looks up and studies other genres and appreciates them the same. Because of that, as a producer, he has the benefit of mixing up certain genres.

He sees to it that this passion will be passed on. With that, he teaches the younger generation about his own style and also makes them develop their own. He already has a number of proteges under his wing. And with the help of friends and partners, he had expanded his network and made his independent studio known. 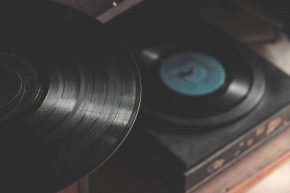